The day I knew I was a witch.

“The only real valuable thing is intuition”

The strangest thing about our surprise baby, is that I knew it would happen. Call it women’s intuition or call me a witch, but I knew. We weren’t planning anymore children that’s for sure, we had definitely put the cork on the old IVF needle and were delighted with our 2 girls.

Even when trying to get pregnant with The Flash I had called it quits with just one round of IVF. We had initially bought a 3 pack of IVF/ICSI rounds for 56,000SEK but halfway through the cycle I just couldn’t take it anymore, both physically or emotionally so with the full support of TSH, I rang the clinic and changed it to just a 1 round deal for 27,000SEK. We were literally putting all our eggs in the one basket, if it didn’t work this try we would give up IVF and move on to adopting a sibling for Bubba which we were still on the waiting list for. Or we would accept the gift of Bubba and just be happy as a family of 3. But lo and behold, with the help of my crazy acupuncturist, I ate a pigeon and voila, a bit of magic happened and I fell pregnant on that first round. (well our first round at trying for another baby, it had actually been our 10th round with assisted conception.)

And that’s when it happened.  After The Flash had arrived, I was holding her in my arms and TSH was lying next to me in the hospital. I had the strongest feeling, all of a sudden, I felt like this wasn’t going to be the last time TSH and myself would be in hospital looking down at a sweet newborn.  It was the strangest sensation and I thought to myself a few days later: well considering we are NEVER doing IVF again, that was a weird feeling to have. It probably means that someone close to me is going to have another baby and we are going to visit them in hospital. A few weeks later I told TSH about it and we joked that it would probably happen to us in the most inconvenient way possible, like the day we moved to Sydney, without jobs and without the comforts of Sweden’s great parental leave system. 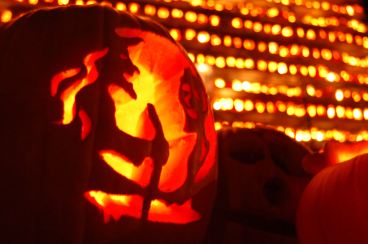 Time moved on but I always had this niggling feeling in the back of my mind. Which, after all we had been through, was such a strange niggle to have. I mean, over many, many years we had tried every which way to get pregnant, you have just no idea. No idea. For instance, like my friend shipping me from Sydney a special brand of cough syrup that was meant to improve your chances or like me getting ancient Greek holy water to rub on my stomach or like me not letting TSH take a bath for 3 years.

And the list goes on. Crazy shit.  So to have this niggling feeling that it would just spontaneously happen out of the blue was a crazy thought to have. I mean, even regular IVF hadn’t worked for us and we had had to always used ICSI – Intra-Cytoplasmic blah blah crap – where they literally crack the egg open and inject the sperm in, for any hope of fertilisation to happen.

THEN, and you are not even going to believe this:  Late one night I called TSH on his way home from work and said, “Can you bring home some ice-cream please, I swear to God, I feel like I’m pregnant and I’m having cravings, we are going to get pregnant this month”. “Well, you don’t have to make up stories”, he replied, ” but I’ll bring you ice cream anyway…”.

And he did. And it tasted great. And it must have been about 2 weeks later, that we actually got pregnant.

And if our initial plans to move to Sydney had of worked, I would have found out, the minute we arrived.

Would you like me to predict your future? I’m available upon request.

P.S Read all about our completely fake infertility here, here, here and here. Find out where you can find the best miracle Greek holy water, the best way to cook a pigeon and how many needles it takes to make a baby.