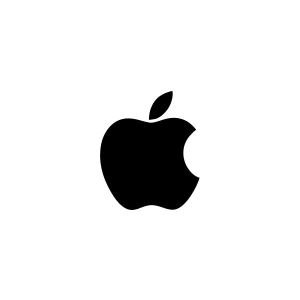 “…with a positive attitude, value can be created from anything that happens in life.”

Susan Jeffers – Feel the fear and do it anyway.

Last week there was an incident. A big incident. In the midst of the usual craziness of getting the kids and husband feed and clothed and out the door to daycare and work,  my iPhone was killed. Dropped on to the kitchen floor, never to make a recovery. The old switch it on/switch it off thing didn’t work, mainly because the switching it on part refused to participate. A black screen. A death in the family. There were swear words and hands that pointed towards the sky in rage. The kids were introduced to a larger English vocabulary than they are used to. Oh bloody hell I thought, now I have to contact the insurance company and see if they will fix/replace it oh what a pest but more importantly HOW CAN I SURVIVE WITHOUT MY PHONE? HOW LONG WILL IT TAKE TO SORT ALL THIS OUT … CAN’T IT JUST MAGICALLY SWITCH ON WHEN I GET HOME FROM DROPPING THE KIDS OF AT CARE?!?!?!

And then I remembered that I had just finished reading a book about positive thinking and how I’d just recommitted to being a big old ball of sunshine. A few days previous I’d re-read Feel the fear and do it anyway Susan Jeffers. I’ve read it a few times during my life and it always gives me something valuable at each different life stage. I can say that it is the one book that has really changed my life. I love it! It’s such an inspiring read, a real great handbook on how to have a wonderful life. It’s really not just about tackling anxiety and fear, this best-selling book teaches you positive thinking, how to make a no-lose decision, expand your comfort zone, about taking responsibility for your life, how not to try to control others, and how to live a joyous, creative and happy life. It also teaches you about how to deal with adversity and how to turn it into a positive learning experience and about how even when you think things are ‘terrible’, they are really not. So when my iPhone was killed I thought, gee this is the universe sending me a sign. I’d just read the book and now was the time to live it!

With the prospect of living up to 2 weeks without my phone, I had to concentrate on the positive.

What I’m grateful for:

♥Having home insurance that covers mobile phones. ♥Not being able to be contacted by daycare, therefore having my husband be the one to pick up sick kids ♥ Having no contact with our nanny whilst she is out with the kids, eye of the tiger nanny, you can do it. ♥ For having a Facebook account, so that I can message TSH to bring home some milk.

When I called our insurance company and explained the situation, they told me to contact Apple Care who would organise UPS to come and pick up the phone and then would either repair it or replace it. I called Apple Care who turns out, don’t really care. They told me that I would have to be at home when UPS came to pick up the phone but they couldn’t tell me a time when they would arrive, or actually the day on which they would arrive. More time at home I thought, just what I need, sure I could wait around for days on end for UPS to show up, I’ll get the dishes done finally! When they told me to call UPS myself to see what time/day they were turning and to give them our door code I thought what an opportunity this is turning out to be, more waiting music to listen to, I thought that might be your job but if it’s mine I’ll take responsibility for that, that’s just brilliant! When UPS told me they couldn’t tell me anything about anything or take down my door code because I wasn’t the one that had booked them, Apple Care would have to call them instead, I thought gee it’s nice to find out that the processes of big companies need help too, everyone has something to learn, not just me.

When I called back Apple Care and explained the situation all again to the new person I was talking to and asked them to call UPS to find out what time they were coming and to give them my door code, my supreme happiness and positive attitude  only elevated when they told me that to do that they would have to cancel the first order to UPS and that this would then delay everything by a day. I’m grateful for the opportunity of even more personal growth. When they took down my address and contact details for the third time, I reminded them about the door code. Imagine my happiness level when they told me that the UPS system doesn’t allow them to add that kind of information until they have had one failed delivery.  One failed delivery? Umm, what do you me?? Apparently UPS needs to turn up to my apartment block without the code and leave a note for me, before the system will allow Apple Care to let UPS know what my door code is so that they can come up and get the phone off me. I told Apple Care that that sounded like a very wise and efficient system and then said, ‘Now I am going to give you a gift Sven from Apple Care, the gift of feedback; perhaps your company should re-evaluate which companies that they do business with as this so called system didn’t seem to be a system at all. He said that he wasn’t looking into such things and it was out of his control, he couldn’t do anything about it. I told him that he didn’t have a very positive attitude. 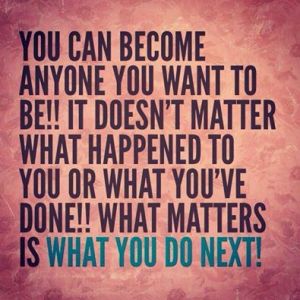 Well now it’s been a few days without my phone and I am enjoying the freedom it has given me. To not be in contact with any of my family either in Sweden or in Sydney, to kid wrangle without the delights of complaining to TSH, to not read any newspapers or know the address of the shop I am trying to get to, or the important information that the UPS man is right downstairs trying to pick up my phone but I just don’t know it. Because my phone is broken and he can’t call. Freedom I tell you freedom!

Sidenote: On his way home from work, TSH found an idle UPS man lurking outside so the phone was finally delivered to Apple Care.

And now today, I was given further opportunities for personal growth and the chance to take responsibly for my own life. Apple Care rang to say that they wouldn’t be repairing my iPhone because my iPhone isn’t an iPhone. It contains parts that are ‘not apple parts’ like the camera for instance and some important bit inside the phone. Well I had been fearing losing my beloved iPhone and having to pay a lot of money to fix or replace it but Susan Jeffers was right, there was nothing to worry about because I never owned an actual iPhone!!! How lucky am I!!!!!!!!!!!!!!!!!!

The very insurance company that I am in contact with to fix my fake iPhone is the very same insurance company that sent me the fake iPhone to replace the one that was stolen. I’d paid them lots of money to do this and it came in from a reputable company in a sealed Apple box and everything. I have to call them tomorrow  to hear what they have to say. I have no idea what they will happen but I’m going to feel the fear and do it anyway, I’m hoping that it will be positive!*