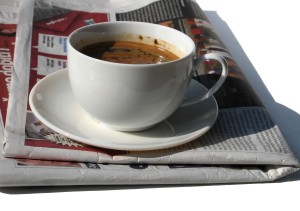 “Life is a shipwreck but we must not forget to sing in the lifeboats.”

News is bad for your health and giving up reading it will make you happier. Yes, there are more changes around these parts, not only related to sugar. I’m giving up news, I just can’t take it anymore. Especially in the mornings.

Why start the day by bombarding yourself with sensationalized negativity? War, famine, social injustice; there are a lot of bad things that happen in the world – the majority of which you have no say over or can influence to any extent – but why oh why would you start your day on such a bad foot?

So now, I’ve decided that I just don’t want to know about it. Well, at least not until lunch.  Fact: it’s been proven that repeatedly watching/reading/listening to negatively valenced news broadcasts just makes you sadder and more anxious, and more likely to exacerbate your own personal worries and anxieties. So, I’m giving it up.

But not before I rant about it.

Why do all news stories need to be presented in such a negative way? Why do the majority of news sources take every available opportunity to sensationalise and emotionalise the impact of a news story? I feel like every news item that appears is broadcast in the same style  as a Wagnerian opera –  ‘news drama’ in the extreme. Thankfully each news item doesn’t take 4 days to listen to because that really would push me over the edge.

And this ‘news drama’ style of reporting is especially true in the cut-throat, click bait world of online news, which just happens to be my main source of information. Even stories that have an almost positive side are extrapolated into the bottomless depths of catastrophizing. 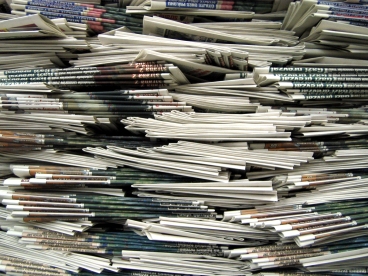 Earlier this week, Sweden braced itself for the onslaught of a massive storm front St. Jude  (which in Sweden was called Simone). St. Jude/Simone had been causing havoc all over Europe, with the UK, France and Germany taking the brunt of it. 12 lives were lost and 1000’s of homes were destroyed; next up in its line of fury was Sweden. On Monday Sweden’s media – quite rightly – provided saturated coverage with continual storm warning updates and info coupled with the basic advice for all to stay inside (especially those in the southwest of Sweden) until it passed.

I was especially interested as TSH and the kids were coming home from Spain, just when the front was expected to hit Stockholm (Tuesday night), so I kept myself updated. When I awoke on Tuesday, the storm had already passed and the big emergency was already over.  From the four main newspapers in Sweden, the headlines screamed in Wagnerian larger-than-life font:

“Tens of thousands without electricity after the storm”  – Dagen’s Nyheter

“Big delays with the trains” – Sydsvenskan

“Tens of thousands without electricity after Simone” – Gothenburg Post

“There are trees lying everywhere” – SVD.

“The storm Simone swept through the east coast of Sweden last night towards the coasts of Kalmar, Öland and Gotland. Trees are still blocking many roads and thousands are without electricity.”

They were all reported in much the same way, Blah blah blah, lots about the lack of electricity and fallen trees but then, at the bottom, this: 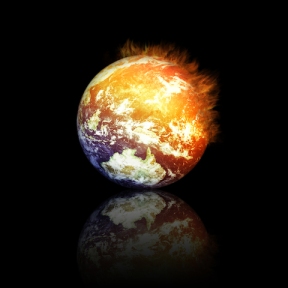 I don’t doubt that the world is burning. But this week, Sweden didn’t.

“Despite the strong winds, widespread damage to homes and power lines, and a number of minor traffic incidents, few serious injuries were reported.”

It’s been pretty manageable. There were a number of trees that have blown down … but to the best of our knowledge there haven’t been any reports of serious injuries,” Per Bäckström, duty commander with the Gotland police, told TT. Mikael Erkki with police in Kalmar and Kronoberg counties concurred “Things have gone quite well. I think people listened to the warnings and haven’t been out on the roads,” he told TT.*

In reality, the catastrophic events that the media had warn us (quite rightly) about on Monday never actually eventuated. By the time the storm had hit Sweden it had slowed down and by the time it had left, it was no longer even classified as a ‘storm’. All the warnings systems had worked and there were ‘no serious injuries’ anywhere in Sweden.  A bit of damage here and there, trees down, no electricity for coffee-making in the morning, but in general (and compared to what the rest of Europe had been through), Sweden had escaped pretty darn well.

The news headline’s however chose to focus on the negative aspect of the story. Now without even changing one word of the articles that they beneath, the editor’s could have easily gone with something like:

“Things have gone quite well” – how Sweden escaped Simone’s hell.

Stockholm left untouched!  – so who cares about the rest of the country.

So for now, I’m changing channels. I’m starting the day with news that inspires. News that verifies that there is a presence of good in the world. News that makes me smile. More Bach Cello Concerto’s, less of the Wagnerian drama.

Starting your day in a better way:

Seen any good headlines where you live?

♠All images courtesy of http://www.sxc.hu ♠