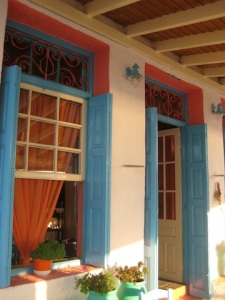 “The trouble ain’t that there is too many fools, but that the lightning ain’t distributed right”

The strikes continued. The protests went on. The refugees out on the island, however, seemed to be doing just fine. And considering I was at the Novotel poolside with a drink in my hand, I wasn’t farring too bad either.

“MATT BOWLS TOMORROW, STARTS AT 9AM, SEE YOU THERE”. Thank you Shirley.

It would be the last time he bowled and TSH had been stuck out on the island all the time! He hadn’t seen him bowl once. Greece, you’ve got a lot to answer for.

“He bowls tomorrow so start swimming, you just have to get here!” I implored. “It’s the Olympics! We’ve come all this way, you have to make it to Athens by 9am tomorrow!”.

He called later with a fool-proof plan. Thesues’s second cousin had a water taxi which would leave the island at 7am. At 8am, Thesues’s other second cousin would meet him at the port and drive him to Sparta for bowling gold at 9am. It would cost us a small fortune, but it was worth it. Voila, sorted! 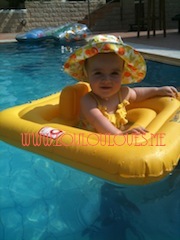 Bubba not phased by her island refugee status

“Hi! We’re in the taxi nearly at the bowling, where are you?”

“Still out on the ocean somewhere, in a fishing boat. I can’t see Athens yet… the ‘captain’ says we don’t arrive until 9am…”. What do you mean you don’t arrive in Athens until 9am? I couldn’t believe it! We’d paid all this money to get him there and he wasn’t going to make it. Thesues and his cousins sense of time was rather Greek … 8am/9am, what’s it matter, we get there when we get there. What the fuck. “Just go to the Novotel then, there’s no point in coming out to Sparta, by the time you get here it will be over …” Our fool-proof plan turned out to be just a plan for fools.

“Hi Shirley, we’re at the bowling centre. My husband won’t make it, he’s stuck on a fishing boat somewhere, but we are here. The officials don’t seem to be able to find which lane Matt is bowling on. Do you know?”

“I GOT IT WRONG. HE IS BOWLING TOMORROW”.