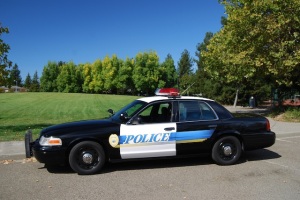 Recently it was the anniversary of when I first landed on these shores, a mere 14 years ago. What the? Has it been that long? I arrived on a blisteringly cold autumnal day, on a flight from Copenhagen, Denmark to Malmö,  which was actually a boat. Although my Sydney-to-Sweden ticket had clearly stated I was on SAS flight 347, it turned out that the last leg of the trip would be by way of boat. (The bridge between Denmark and Sweden was yet to be built.) It was the first of many a shock to be had. I should of ran for the hills then.

So there I landed with a big green suitcase full of inappropriate clothing and a Bach Stradivarius trumpet. I didn’t know the language, I didn’t know a soul. I didn’t know I would be spending the next 14 years of my life there. The only thing I did know was the address of my student accommodation so I jumped into a cab and off I went…

Fast forward a few years and add in the arrival of TSH. We were co-habitating and in the process of changing my student visa into a permanent residence permit. I was eager to be a respected Swedish citizen, but not so much as to actually learn the language. Times were tough and we were, as Bon Jovi would say, living on a prayer.  I didn’t have a work permit or a workable language so we were relying on Red Cross Care Packages being sent from his parents and mine plus his ability to play music on the cruise-liners between Sweden and Finland. This dangerous job meant that TSH would be away for up to two weeks at a time. This also meant that I had far too much time on my hands. 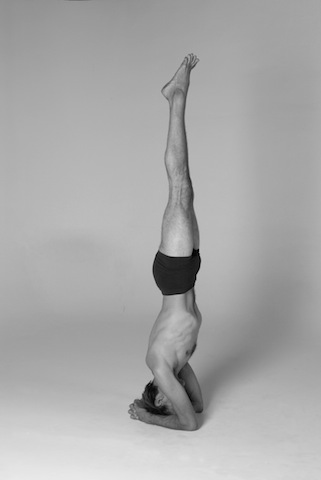 One Saturday night, my friend Sara-the-American, came over to keep me company. We cooked up a storm, ate, drank and had a dance. Gossip flowed both local and international and as usual, we were having a blast. The night was rolling merrily along and then all of sudden Sara screamed, “OH. MY. GOD! Look over there, there’s a naked man in that apartment!” Well she had me a naked. Of course I took a look. OH. MY. GOD. She was right, in the apartment block over the road, the blinds were up, the lights were on and there was a totally naked man. STANDING ON HIS HEAD. We burst out laughing and couldn’t believe our luck to be in Sweden. We could only see from his knees to his shoulders but as clear as anything, there was a man in the apartment across the road, naked and standing on his head.

Hours passed. HOURS. We tried to call TSH but he was in the middle of Blame it on the Boogie and couldn’t answer his phone. We called our other friends to see what they thought of the matter but found that people either didn’t believe us or concluded the same as us, the dude was some yoga freak and was in the middle of some downward/upward dog thing and would soon come down.

He didn’t. We waited and watched. And watched. Sara finally went home and I went to bed. In the morning I awoke, ducked out and came home around lunch. Sara called, “Is that guy still there? can you see him?” Hang on, I said, as I went over to take a peek. “FUCK ME SARA, he is STILL there, naked and upside down!” There was silence. Suddenly our funniest night together had become more serious. Had we been laughing at a dead man who had committed some form of elaborate suicide? If he wasn’t dead last night, he would have to be now as it has been nearly 24 hours since we had first seen him. I called TSH again and he answered, after explaining everything he told me to go upstairs and get Fredrik the Swedish neighbour. I went upstairs and told Fredrik that from our apartment I could see a naked man standing on his head and that by now, I thought he was dead. He took the news well. He put his shoes on and come down to sort the situation out. He’d been in apartment for about 1 minute before he said, “Ummm, I think we need to call the police.”

Five police officers arrived within minutes. After investigating the scene-of-doom across the street, they tried to contact the owners by phone but of course, there was no answer. (BECAUSE HE WAS DEAD LIKE I HAD BEEN TELLING THEM.) Three of them set off to go over and knock on the door, two stayed with me and Fredrik the Swedish neighbour. They had walkie-talkies so we had a live commentary of the action. The cops on-the-go reported on what was happening, Fredrik translated to me and I reported it to Sara, who was on the phone.

The cops knocked and no one answered. The cops knocked again, and no one answered. The cops took out a massive crowbar and knocked the door down! They entered the apartment of which we could see, as by now it was night-time and blinds were still up. Soon they were in the same room as the naked man and were just looking at him. My heat was bursting out of my body.  And that’s when they said the words that made my heart actually stop. “It’s a poster”.

All of a sudden I wanted to be the dead yoga man standing upside down. I wanted to die. “I’m so sorry!” I pleaded, ‘it really did look real!’ ‘I’m sorry I waisted your time and Sweden’s valuable resources and caused great damage to a man’s apartment when all he had really done was to live the lights on when we was on holidays!!!! How could I have known that there would be a perfectly rational explanation for this and not a completely over the top dramatic explanation like the one I made up in my head!”

When TSH returned, he announced that he no longer thought it a good idea to leave me alone for extended periods. And that we now had to leave the neighbourhood.

Would I be granted a permanent residency permit in your country or would my neighbourhood watch skills be deemed too risky?